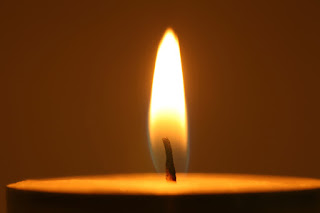 People across the borough are being asked to join together to remember the millions of people killed in the Holocaust, Nazi persecution and subsequent genocides across the world.

Two events are taking place to mark Holocaust Memorial Day on Wednesday 27 January; at Leigh Town Hall from 12.30pm-1.30pm and at the Museum of Wigan Life from 2.30pm-3.30pm.

Mayor of Wigan Borough, Cllr Susan Loudon, said: “It is important that communities come together to remember the Holocaust and other atrocities and to educate future generations about the causes and consequences of genocide.

“By continuing to raise awareness, we can help to promote a better, more positive future, and I would ask residents to play their part and where possible come along to one of the commemoration events.”

The theme of this year’s event is Don’t Stand By. A number of dignitaries will take part including Aukje Clegg OBE, whose family hid Jewish children and British pilots from the Nazis in Holland during World War Two; Mayor of Wigan Borough Cllr Susan Loudon and Cabinet Member for Resources Cllr Paul Kenny. Pupils from St Catherine’s Primary School will also be speaking.

Keith Trencher, President of Wigan Rotary Club, which helped to organise the event, said: “It is vital we all come together to remember not only the atrocities committed during the Second World War, but also the many other genocides, which have taken place and which are still taking place across the world even today.”

If you would like to find out more about the events, please contact 01942 828128. Holocaust Memorial Day is a national commemoration, with events taking place across the country.
at 14:03