We know that the past week has been difficult with unacceptable delays but we would like to thank motorists for adapting to a temporary new road layout as major improvement work at Marus Bridge progresses on schedule.

Wigan Council is currently managing the improvements to the former roundabout at Marus Bridge which in the coming weeks will be operational as a traffic light controlled junction.

The change from a roundabout to a traffic light scheme is part of a major investment in Wigan's road network to reduce congestion and improve the local economy.

Work on the new A49 link road -  a dual carriageway between Goose Green and Westwood Park – is due to start early next year.

The Marus Bridge improvements are a key component of the new link road and will be followed by environmental improvements along Poolstock. Residents and commuters will benefit from much faster journey times into and out of Wigan town centre once the full scheme is complete.

Last week the council responded to public concerns about delays near the Marus Bridge work by introducing a new road layout which has since kept the traffic flowing. The improvement scheme is on schedule and barring any adverse weather it should be completed in the week commencing December 14th.

The council is now preparing motorists for overnight closures in the week starting Monday 7th December from 8pm to 5am to allow the road surface to be laid.

North bound works will take place on Monday 7th and Tuesday 8th when Warrington Road (A49) north bound will be closed from the junction with Worthington Way to Clapgate Lane.

Highfield Grange Avenue will be closed from the junction with Darran Avenue to Warrington Road. Warrington Road south bound and Poolstock Lane will remain open.

South bound works will take place on Wednesday 9th and Thursday 10th when Warrington Road (A49) south bound will be closed from the junction of Clapgate Lane to Fulbeck Avenue.

Poolstock Lane will be closed from the junction with Marus Avenue to Warrington Road. Warrington Road north bound and Highfield Grange Avenue will remain open.

Updates will be made through the media and social media to ensure the public are aware of the closures.

Once the traffic light junction is operational the automatic computer system which runs the traffic lights will take time to adjust meaning motorists may initially experience longer waits than normal. However, this will soon rectify itself as the system adjusts to allow optimum traffic flows. 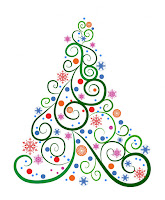 The festive season is nearly upon us so it is with great pleasure that we announce the following Carol services will be held.

On Tues, 8th December at The Grange Centre from 6.30pm onwards followed by a service at St Matthew's Parish Hall at 6.30pm on Monday, 14th December.

All residents are welcome to attend one or both services.

Email ThisBlogThis!Share to TwitterShare to FacebookShare to Pinterest
Labels: Christmas

A consultation event will take place at St Matthew's Parish Hall on Wednesday, 2nd December between 5pm and 7pm. This is open to the public and is an opportunity to share your thoughts on the proposed road scheme.

The proposals can be viewed online here.
at 10:15 No comments:

Please see link for latest update on the Marus Bridge Junction works/
at 13:36 No comments:

Email ThisBlogThis!Share to TwitterShare to FacebookShare to Pinterest
Labels: Marus Bridge Roundabout Scheme
Newer Posts Older Posts Home
Subscribe to: Posts (Atom)
Welcome to our website.
Here you will find news and views from your Labour Team serving the communities of Winstanley Ward.
We hope that you will find the site to be of interest and that you visit us on a regular basis. You can also find us on facebook @WinstanleyLabourParty
You can get in touch by clicking on the pics below: