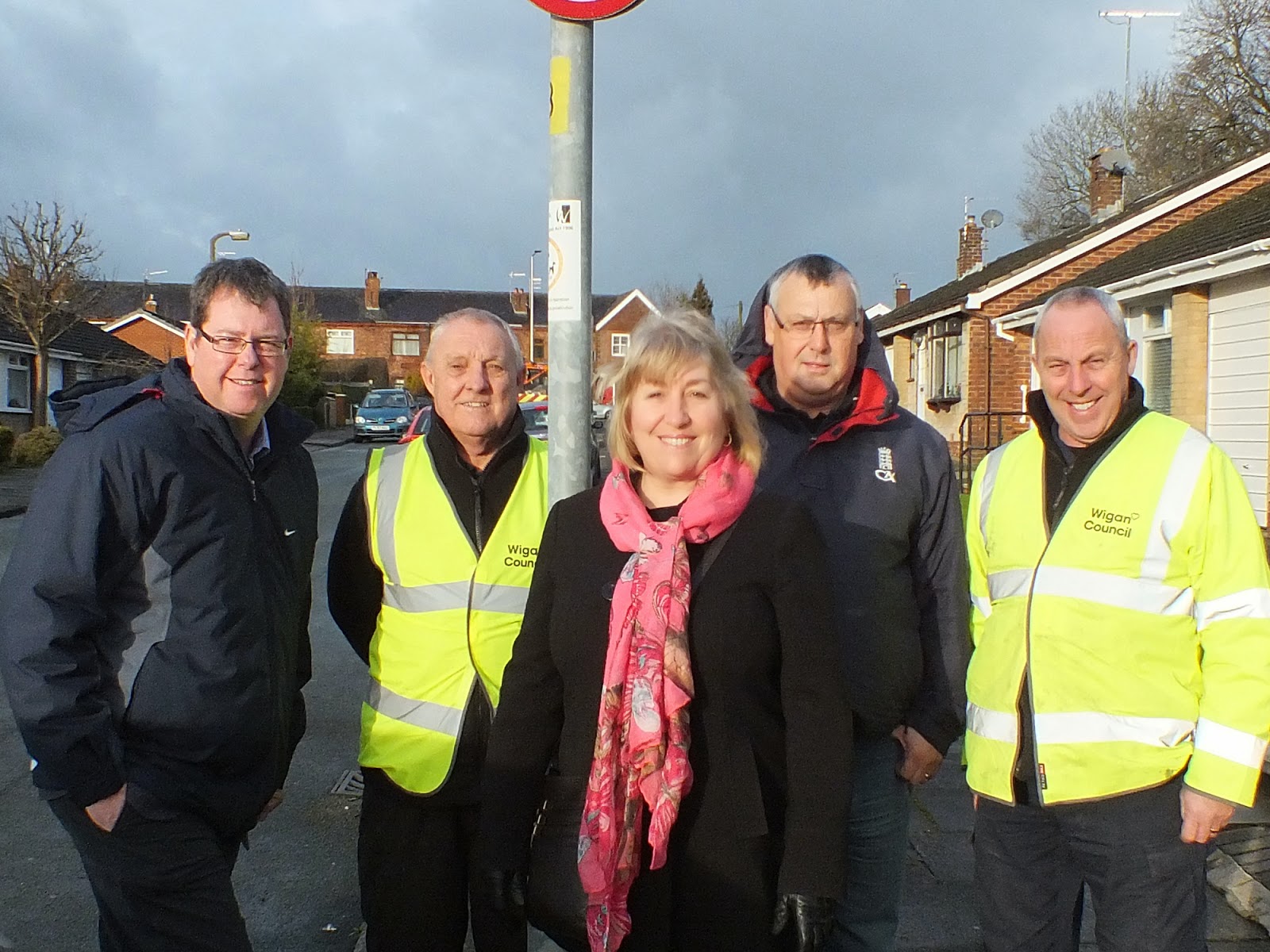 The final signs are going up across Winstanley as Wigan Borough becomes a residential 20mph town.

The residential 20 mph zones project from Wigan Council will be finishing three months ahead of schedule after the project started in March 2013 to turn Wigan Borough’s residential properties into lower speed roads.

And people in Winstanley are finally reaping the positive benefit on their neighbourhood with safer roads and reduced car emissions.

Cllr Marie Morgan said: “We have had residents asking us when the lower 20mph limits would be brought in on their roads. It is wonderful to be able to let them know that they too can enjoy living on roads where motorists know speeding is wrong.

“And with the lower speed limits it will mean Winstanley is a safer place for motorists and pedestrians.”

The 20mph zones help reduce the risk of serious harm caused by road traffic collisions, particularly to children and young people. A pedestrian hit at 20mph will face only minor injuries, but if the speed is increased to 30mph the injuries will be more severe and at 40mph the pedestrian may be killed.

Throughout the entire project an estimated 1,800 poles have been erected with a total of 9,000 signs being placed across Wigan Borough. While up to 5,000m of paint has also gone in to mark up the speed limits on the road.
at 16:07 No comments:

Email ThisBlogThis!Share to TwitterShare to FacebookShare to Pinterest
Labels: 20mph, Cllr Marie Morgan, road safety, Wigan Council
Newer Posts Older Posts Home
Subscribe to: Posts (Atom)
Welcome to our website.
Here you will find news and views from your Labour Team serving the communities of Winstanley Ward.
We hope that you will find the site to be of interest and that you visit us on a regular basis. You can also find us on facebook @WinstanleyLabourParty
You can get in touch by clicking on the pics below: