Bring It Back Campaign Victory 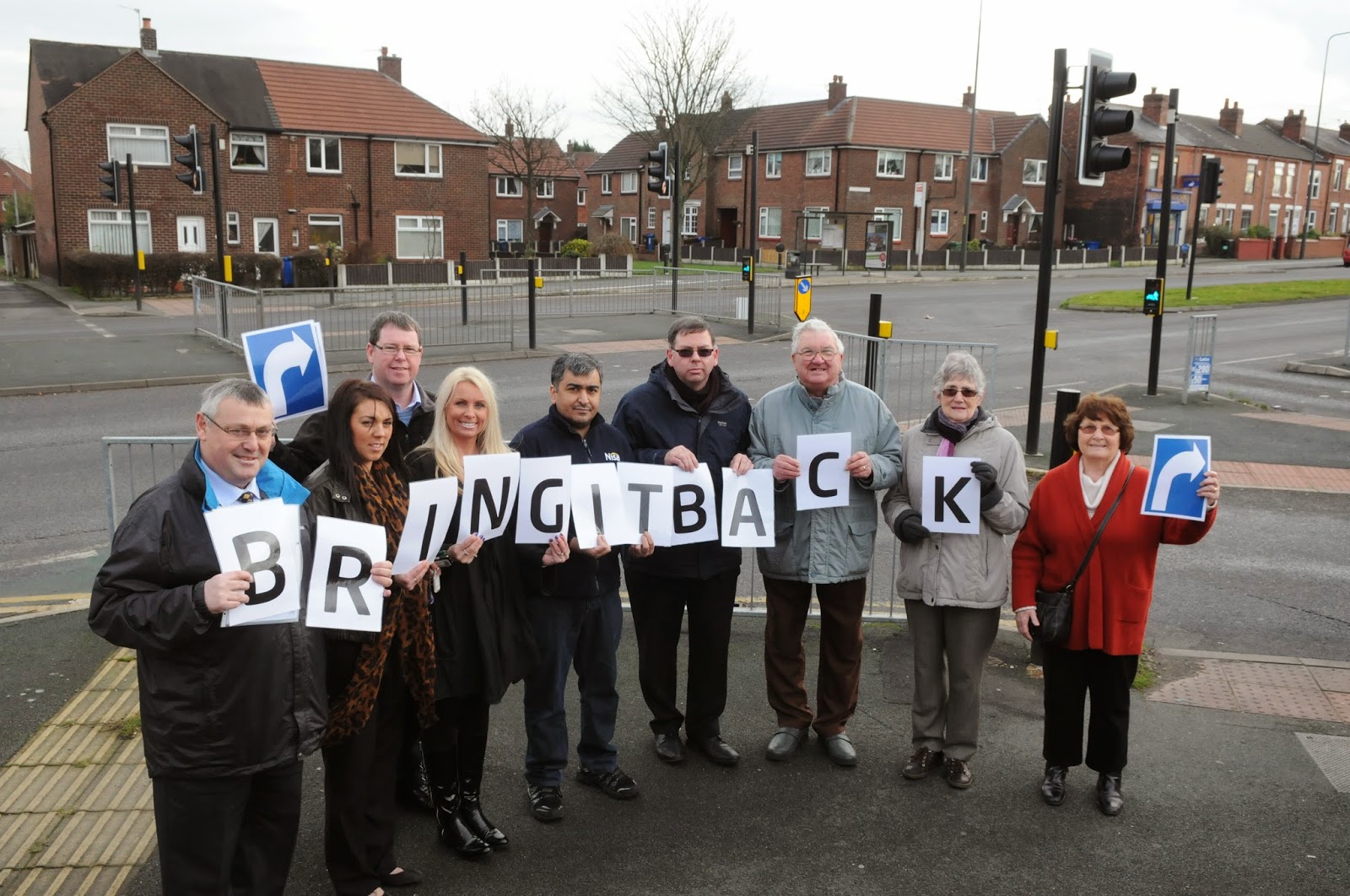 The campaign to reinstate a right turn option from Warrington Rd into Clapgate Lane received a major boost this week with news that Highway Chiefs are to begin work in the early New Year at the same time as changes to the Marus Bridge Roundabout are implemented.

Your Labour Team are delighted with this outcome and Cllr Marie Morgan thanked the 1,000+ local people who signed the petition.

The detailed plans can be viewed here and it is hoped that both works will be completed by April 2015. Your Labour Team is encouraging people to drop in and attend the public information event on Tuesday, 30th Sept from 1pm - 7pm at The Grange Centre, Highfield Grange Ave.

Council Highway Officers will be on hand to explain the proposal and answer questions.
at 16:12