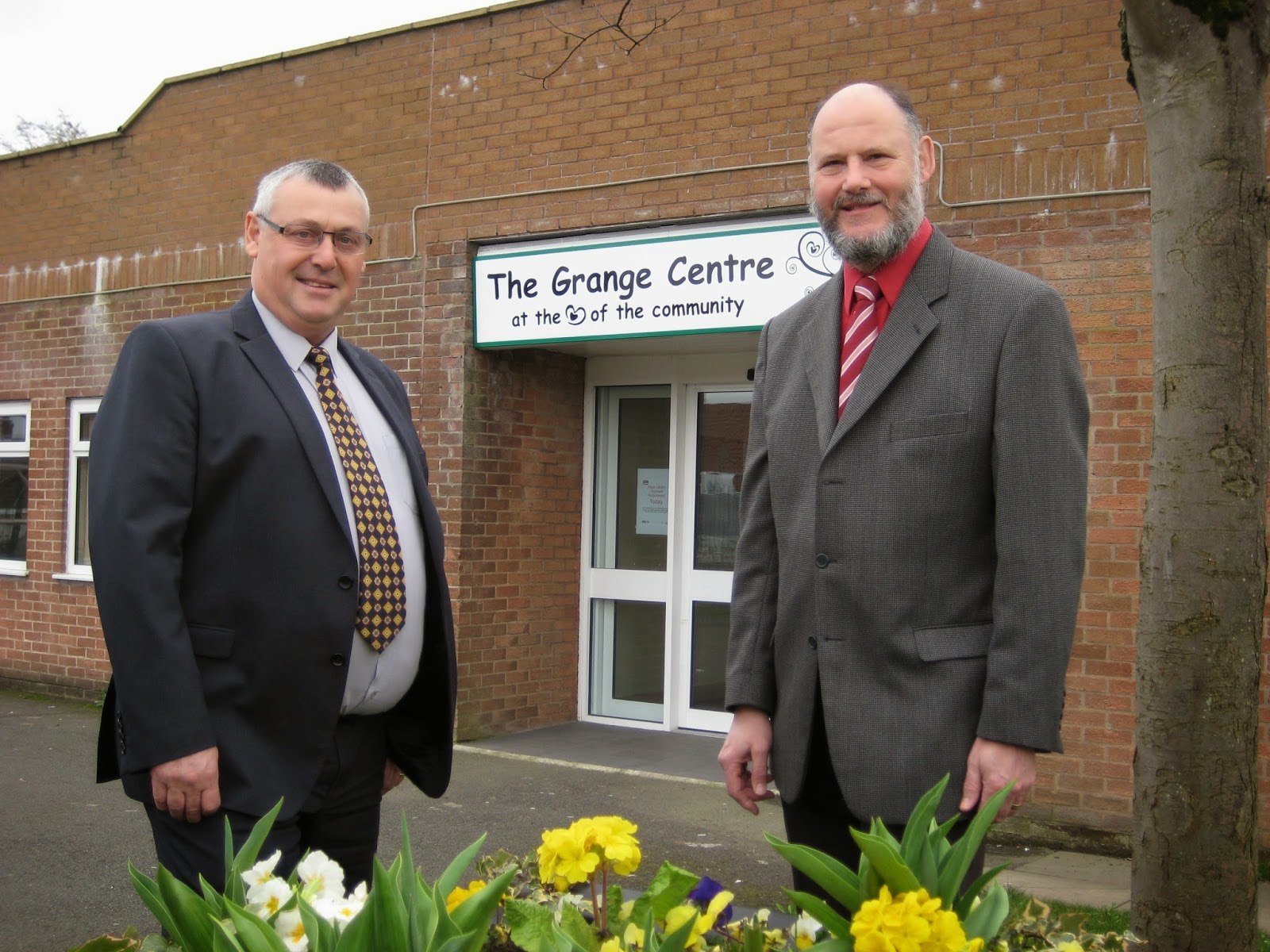 This week, Cllr Clive Morgan visited The Grange Centre to meet with the Chair of the Governing Body of Hope Special School, Mr John Mason.

The school is committed to community use and since it took over the management of the building in January, bookings remain vibrant and there has also been an increase in the number of volunteers giving of their time to ensure that local people and  user groups are catered for.

Why not make a visit and perhaps join the Library or enquire about the many activities that take place at The Grange Centre during the week.
at 15:56 No comments:

Two planning applications have been submitted for the week ending 14th March. You can view both submissions and applications in other wards here.
at 11:25 No comments:

A council tax freeze for residents of Wigan Borough has been approved alongside a deal that calls on the public to play a more active role in helping the council change and save money.

At the full meeting of Wigan Council last night Clive, Paul and Marie supported Labour's proposed budget, which will take effect from April 1. It means thousands of local residents will see their council tax bill frozen this year. Wigan Council has even agreed to absorb the proposed rise in the police precept so residents don’t see their bills increase.

The budget includes savings of £14m but money has also been earmarked for investment with £1m used to pay for apprenticeships for local young people and £500,000 used to improve the highway network and repair potholes. A further £250,000 over 4 years has been set aside to pay for events commemorating the centenary of the First World War.

And the budget plans also include a second round of the Community Investment Fund – the council’s flagship community project that gives money to groups working on ideas to tackle the borough’s big social problems. Last year the council gave £2m to 12 groups including a community farm, a music cooperative and a homeless charity. The budget allocates another £2m for the investment fund from the council’s financial reserves.

This supports the council’s aim to see the public take a more active role in their communities - a key part of The Deal, which was also approved with the budget last night. The Deal is an informal contract between the council and residents and includes a commitment for both sides to work together to transform public services, minimise the impact of spending cuts and help make Wigan Borough a better place.

The other pledges include creating opportunities for young people and supporting the local economy to grow. Among the ways the council will achieve these is by extending its successful apprenticeship scheme and building on the popular Business Expo.

In return, the council hopes community groups will run some of the services it can no longer afford to provide. This process has already started. For example, the Pelican Group in Tyldesley now runs a former council swimming pool and volunteers have taken over a former council daycentre in Scholes, Wigan and volunteers play a role in delivering Library services from the Grange Complex.

But The Deal also involves a commitment from the public to recycle more, support local businesses, get online and stay active and healthy. For example, if residents could recycle more it would save the council money by reducing the amount of non-recyclable waste it sends to landfill. Just a five per cent reduction in non-recyclable waste would save the council £322,000 every year.

The council wants to use The Deal to help it cope with a huge reduction in its funding from central government. It has to cut £105.8m by the end of 2016/17, a total reduction of more than 30 percent of its budget – one of the largest cuts faced by any local authority in the country. Savings totalling £64.8m have already been made. The council must cut another £14m during 2014/15 to meet its targets.

More information about The Deal is available here.

If you wish to view any planning application and its current status, this can be done via Wigan Council's online database.

A Prohibition of Waiting Order is proposed as per the attached notice.

Any objection to the Order must be made in writing specifying the grounds and must be made to the Assistant Director, Town Hall, Library Street, Wigan quoting reference RD/LR/JOH/N22/741-/N-003142 not later than 4th April  2014. 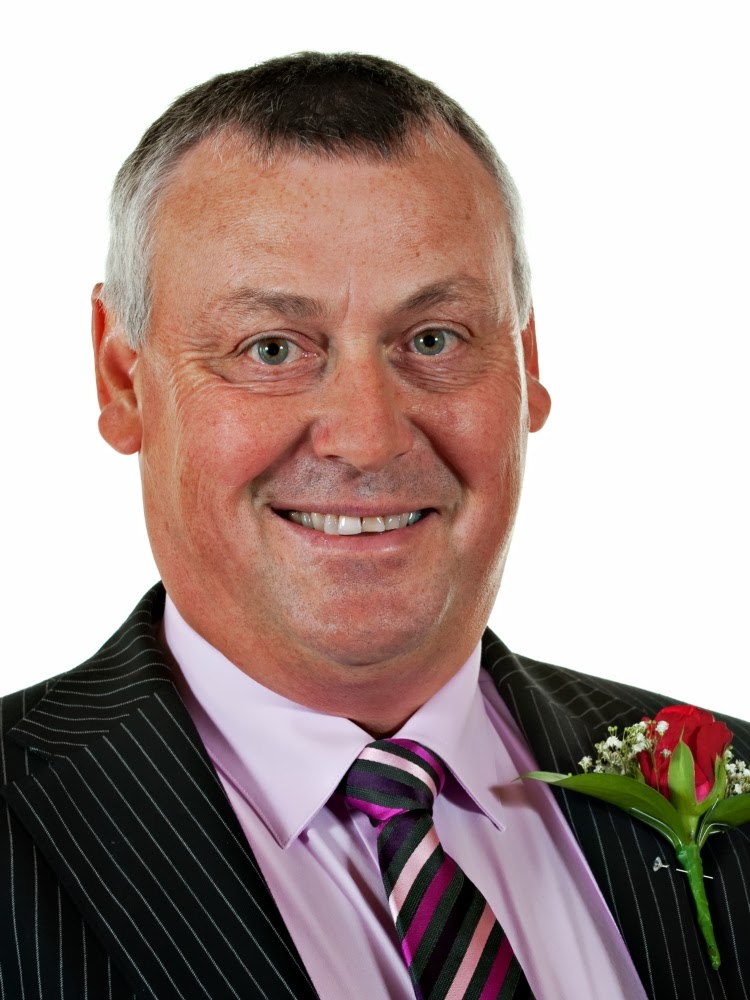 Thanks to the residents of Shefford Close and nearby streets for taking the time to chat with Marie, Paul and myself this morning. Lots of national and local issues raised including parking problems, grass verges and speeding traffic which we will report to the council and police.

Labour Doorstep is just one way by which we keep in touch with residents. Since last summer we have spoken to over 1,000 local residents across Goose Green, Highfield, Marus Bridge and Winstanley.
at 14:51 No comments:

Email ThisBlogThis!Share to TwitterShare to FacebookShare to Pinterest
Labels: Cllr Clive Morgan, Labour Doorstep, Winstanley
Newer Posts Older Posts Home
Subscribe to: Posts (Atom)
Welcome to our website.
Here you will find news and views from your Labour Team serving the communities of Winstanley Ward.
We hope that you will find the site to be of interest and that you visit us on a regular basis. You can also find us on facebook @WinstanleyLabourParty
You can get in touch by clicking on the pics below: