Labour Party candidate, Marie Morgan is celebrating tonight following a convincing result in the by-election held as a result of the sad death of Cllr Rona Winkworth.

Marie polled 746 votes to retain the seat for Labour in a field of seven candidates on a 19.6 per cent turnout.

In her acceptance speech, Marie paid tribute to her campaign team and the people of Winstanley ward for placing their trust in her. She also dedicated her victory to former Mayor Cllr Rona Winkworth.

Marie's latest leaflet can be viewed online here.
at 15:10 No comments: 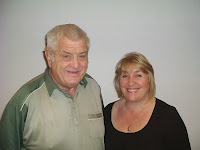 Ken is well known for his work at St Matthew's Parish Hall, Highfield and said, "As a volunteer herself, Marie is a supporter of local groups in Winstanley Ward. She will be a strong community champion for our area and will be an excellent ward councillor."
at 12:46 No comments:

You can view Marie's introductory Newsletter which has been distributed across the area at the link here.

The second leaflet distributed over the last weekend can be viewed here.
at 15:44 No comments: 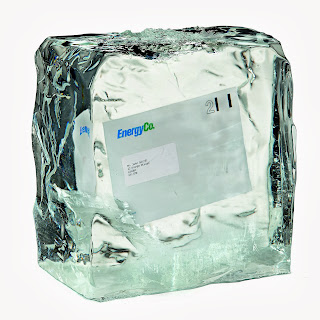 Times are tough! Monthly bills are going up and people are working harder to make ends meet. That amounts to a cost of living crisis for people in Winstanley – and across the country.

As the nights draw in and winter approaches people have been telling me they are worried about how cold it will get and the choices they will have to make to pay their energy bills. Frankly I don’t think that is right. People shouldn’t have to make the choice between putting food on the table and turning on the heating.

But since David Cameron has been in Downing Street prices have risen faster than wages in 38 out of 39 months and energy bills have gone up by almost £300. When the price of energy increases energy companies pass this on but when it drops consumers don’t see their bills fall.

The problem is David Cameron can’t deal with the cost of living crisis because he stands up for a privileged few, not for ordinary families and people working hard to make ends meet. David Cameron has cut tax for people on over £150,000 a year while raising it for everyone else. We can only tackle the cost of living crisis by building an economy that works for working people.

So I’m delighted that Ed Miliband has announced that Labour will freeze gas and electricity prices until the start of 2017 if Labour wins the next election. This will save a typical household £120 a year – helping hardworking families who are facing a cost of living crisis.

But people round here need help now. So I’m calling on David Cameron to freeze our bills now. And I’m asking local people to sign my petition today so that the voices of Winstanley are heard loud and clear in Downing Street. You can sign my petition here.

Email ThisBlogThis!Share to TwitterShare to FacebookShare to Pinterest
Labels: Ed Miliband, Freeze that bill, Labour, Marie Morgan
Newer Posts Older Posts Home
Subscribe to: Posts (Atom)
Welcome to our website.
Here you will find news and views from your Labour Team serving the communities of Winstanley Ward.
We hope that you will find the site to be of interest and that you visit us on a regular basis. You can also find us on facebook @WinstanleyLabourParty
You can get in touch by clicking on the pics below: