Smart Meters are coming to Winstanley 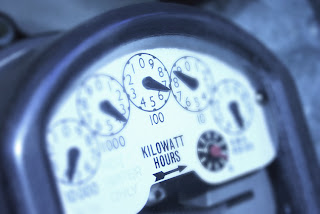 "Smart meters are coming to Winstanley and could save you £65 a year," says Cllr Paul Kenny.

Most of you will ask straight away what a smart meter actually is. They’re a new energy meter that is due to replace your existing gas and electricity meter. Some of you may have already had one installed. It’s estimated that they can help you save around £65 a year on your energy bill.

As more and more of them get delivered to homes around the country there will be lots of ways that people can benefit even further. New tariffs will come forward offering discounted prices at low demand times, so if you wash your clothes over night rather than at the same time as watching Coronation Street, then you’ll pay less for the energy you use. When you switch supplier it will take no time at all, rather than the current time of around a month. They will also make the energy industry more transparent, something we can all support!

So when will you be getting one? The Government has mandated they be installed in every home by 2020. British Gas has already installed a million around the country or 75% of the total installed. Each energy supplier will have its different roll out plan and you’ll need to speak to them about how they’ll be getting you one.
at 16:08